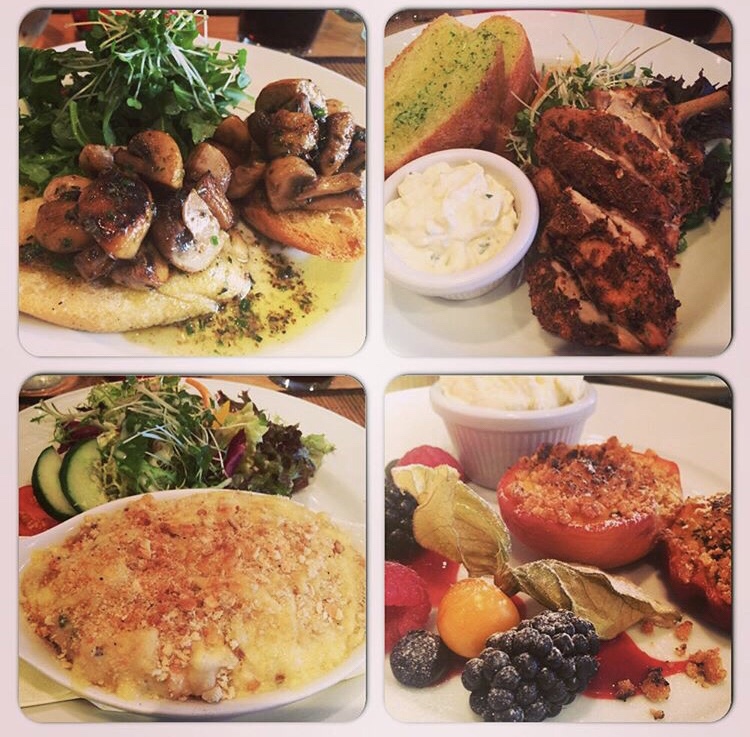 I have a habit of saying “I’m going to make more of an effort to blog in Edinburgh” and then doing very little about it. I’ve blogged about maybe 5 restaurants there in 3 years which is just ridiculous. I went to university there and have friends there, but exploring the food scene just manages to evade me. My friend has decided to jump into the blogging pond – see her blog here – so it’s given me a wonderful reason to eat in the ‘burgh that little bit more often!

Wildfire has been recommended to me many times by friends as a great steakhouse, but it’s also a known seafood restaurant too and I was feeling fishy. It’s located on the beautiful Rose Street and is a cute little bistro with a cosy, country feel to it.

I’m a huge rarebit fan – I first tried it during my probation year of teaching when we made it with S1 pupils and I fell in love. Adding smoked fish to the mixture was a signed and sealed deal for me. It was absolutely delicious – the smokies were fresh and absolutely punching with flavour. I found the chilli jam totally redundant (even though it was tasty) as the rarebit was just so tasty. The only drawback was that the bread was so stiff my first attempt shot across the restaurant!

The garlic mushrooms were so delicious – I just love them because of their simplicity but gorgeous taste. I don’t like to pick favourites with herbs because I love so many of them, but thyme is pretty special. I sometimes buy it so I have it to sniff. Thyme, when used correctly is just so glorious and it worked perfectly here. The bread in this dish was much softer and less dangerous to passers by!

This was heavy going, very rich and complete indulgence! The sauce had a wonderful texture due to the elastic nature of mozzarella and the buttery yet tangy cheddar. The fish was all beautifully cooked – the salmon and (both natural and smoked) haddock we’re flaky and the prawns were perfect. With dishes like this often the prawns can be a little chewy so I was impressed that they had the correct texture.

The Cajun crust on the chicken was absolutely stunning – even a tiny bit gave a huge burst of flavours and you could identify a couple of them. The chicken was nice and moist, served on the bone and the crust gave a lovely crisp texture in addition to the explosion of taste.

I was in no fit state for a dessert but when I saw my beloved thyme married up with some peaches, I was sorely tempted. We decided to share a dessert and have tea and coffee to round off the meal. I’m SO glad I pushed myself. It was absolutely divine. The peaches were simply halved, covered with a thyme infused crumble and baked. The tangy-sweet peaches retained their juice and the crumble had a very interesting flavour with the sweetness versus the thyme. I just loved it.

The staff in Wildfire were absolutely fabulous and our meal was absolutely perfect. I can see why people recommended it to me, and I am now recommending it to you!